This gull was at Øra 28th of january. It does not fit very well with the average argentatus herring gulls of the same age group up here (these are more like the individuals front left and directly behind the bird in question in the first photograph). In fact, it looks more like our herring gulls do when they are a year older. In the field, with bins only from the car, it was initially dismissed as "probably a bit retarded 3rd w herring gull", but the jizz was interesting and mich-like, so I started checking some details. It was soon evident that primaries, secondaries and tail feathers were 2nd generation (with the odd 3. gen) and then it became VERY interesting, so I quickly decided to take some pictures of it. It is a law of nature, of course, that the sight of a camera immediately makes everything fly in panic, so these pictures are all I have. So what is it? YLG? Argenteus HG? All E-mailed comments so far have been YLG but I am still awaiting some more comments from birders more familiar with the species at this time of year. Comments are appreciated, but alas, experience shows it is not to be expected... 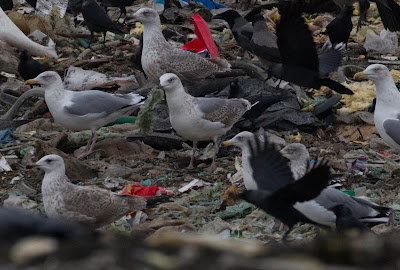 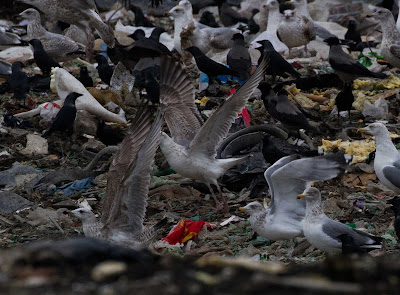 On the far wing, the extent of wing covert moult can be seen, including a few lc, mc and gc. Note also darker inner primaries than the average HG, the light under wing and the reduced amount of markings to the body and undertail/undertailcoverts (compared to e.g the 2nd w herring gull in front of it). 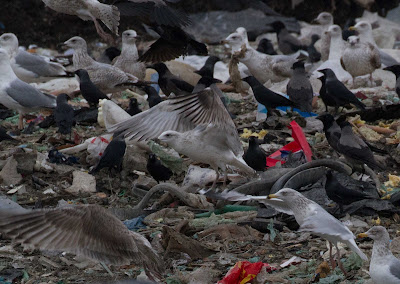 Note almost all white inner 3/4 of undertail (emphasizing tail band) and white axillaries. (The 2nd w herring gull in the front left shows the typical inner wing of the species in this age group). 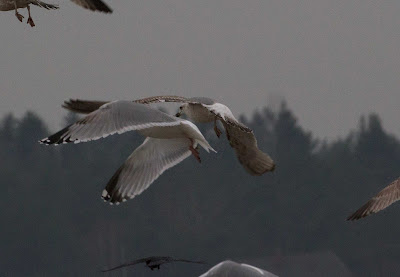 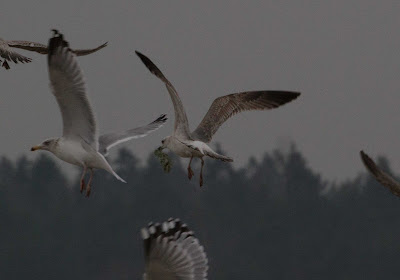 Note special head shape with "bulge in front of the eye" and darker, less bluish grey back than HG. 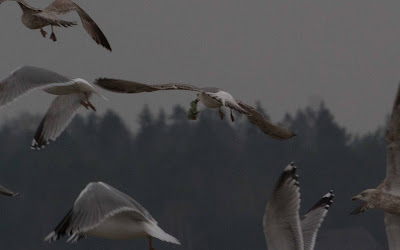 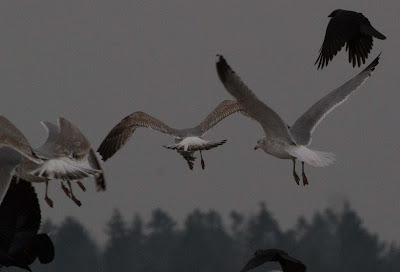 Almost all white rump and rather dark inner primaries. Single whiter feathers (3rd gen) can be seen among both rectrices and secondaries. 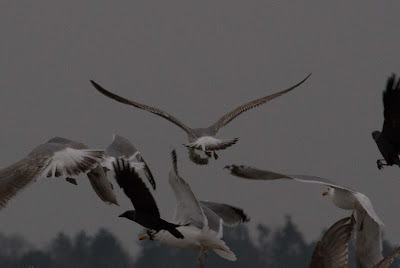 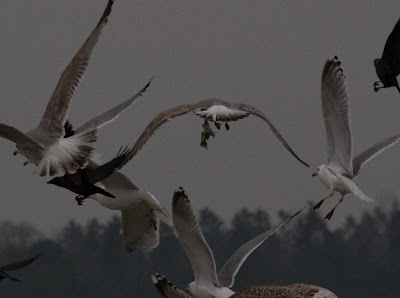 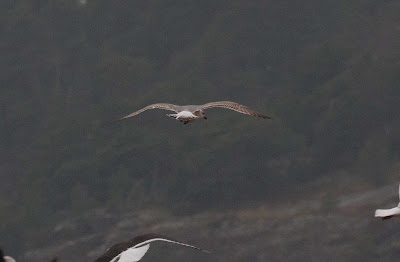 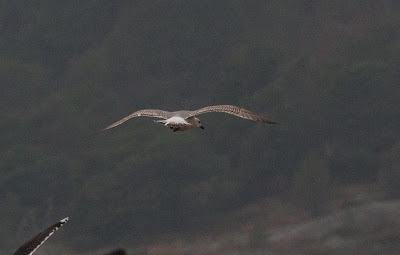 Head and blunt tipped bill shape can be discerned, with a little good will...