Four merry lads spent a few days in Falsterbo, Scania, Sweden to watch the famous migration of raptors. Unfortunately, strong easterly winds made the raptors wait inland for more clement conditions, so we spent a couple of afternoons checking ports and harbours of Scania for other specialities, namely caspian- and yellow legged - gulls. Both species are regular in Scania between july and november. Caspian gulls can be quite numerous following easterly winds, while yellow legged occur in much smaller numbers. Here's a collection of photos of the five 1cy yellow legged gulls we managed to find. An entry with caspians to follow. 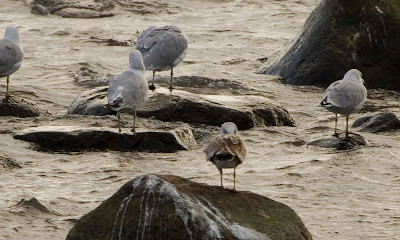 1cy YLG near Smygehuk 10.9. Sleeping. Even from behind it shows neat, compact build. Difficult to identify on these pictures, but other crucial features seen in the field. 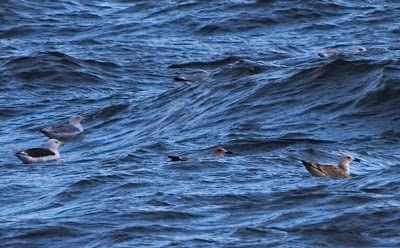 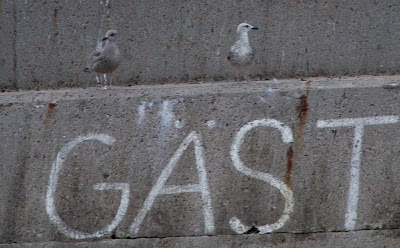 YLG 1cy Abbekås 10.9. Appropriately positioned! (Gäst means guest in swedish). A small and neat individual, so most probably a female. Not safely identifiable from these pictures, but it showed both typical tailband and inner primaries of the species.
High ISO pictures in diminishing light. 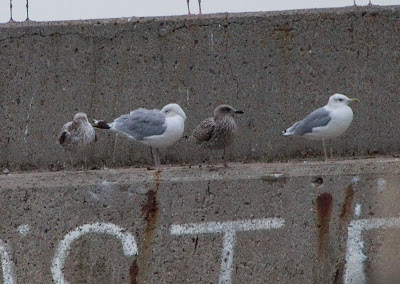 Sleeping on the left. Note the adult caspian gull on the right. 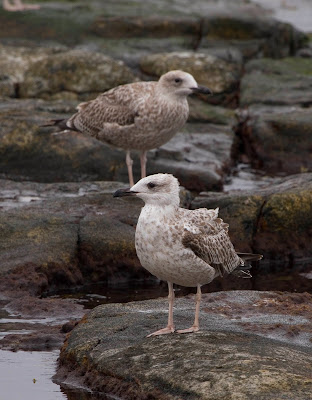 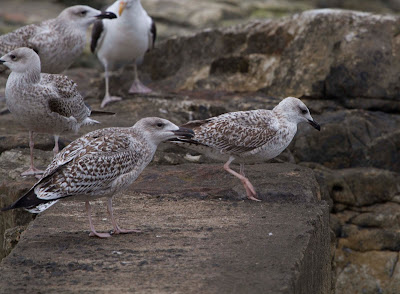 A few new LC and a growing inner GC. 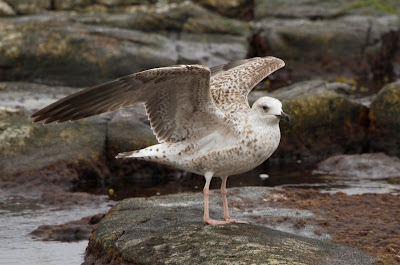 This bird was discovered in flight from a distance and was then thought to be a caspian because of the unusually white underwings. 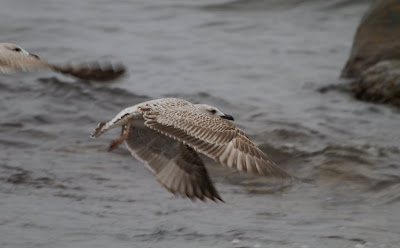 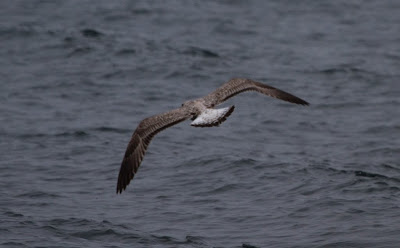 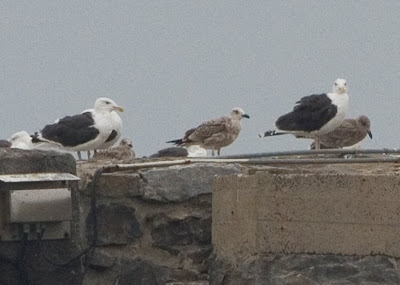 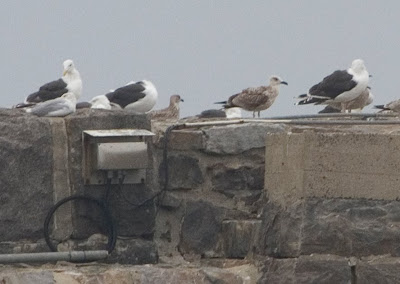 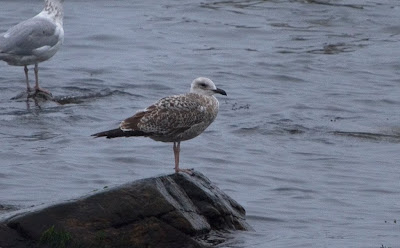 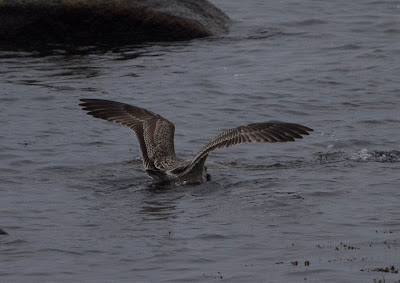 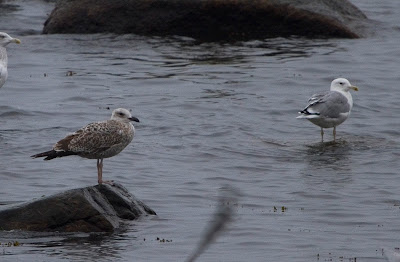