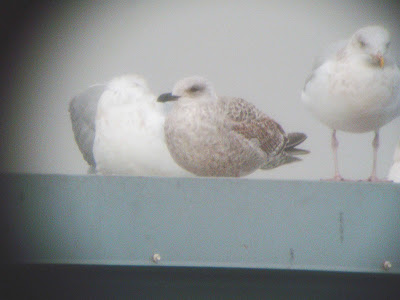 This bird was observed at Øra late november 2009. From a distance, I had seen a dark-winged (no obvious primary window) gull flying in from the sea and land on this roof just before these pictures were taken. Since I hadn't seen a lesser black-backed in the area for more than two weeks, I found it worth checking, so I drove closer and found this very mich-like individual.

Note michahellis features like strong contrast between juvenile wing and 1w mantle/scaps, nice headshape, blunt-tipped strong bill, greater-covert bar becoming stronger towards bend of wing and especially that the wing has a reddish brown colour. In the field it also seemed to have a few 2nd gen wingcoverts and a new middle tertial, but the photos doesn't make this conclusive...

Close inspection of the photographs reveals features speaking against michahellis, however, such as the rather dirty underbody, too strongly patterned undertail-coverts and the somewhat thick-set body. We would of course also like a more advanced moult stage in a michahellis.

None of these characters exclude a michahellis, but in Norway you want your birds to be perfect and beyond reasonable doubt, since this country is outside normal range of YLG. It would of course also be almost outrageous to find two michahellis in the course of a week in november on the same locality in Norway (see earlier entry)...
Photos: SEN 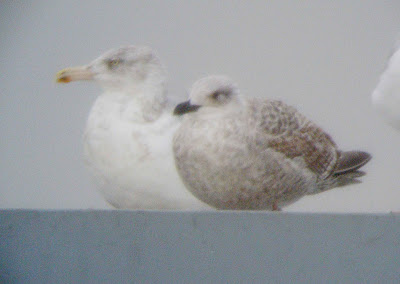 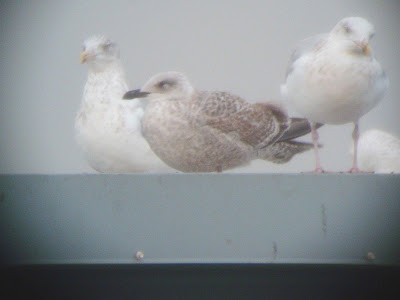 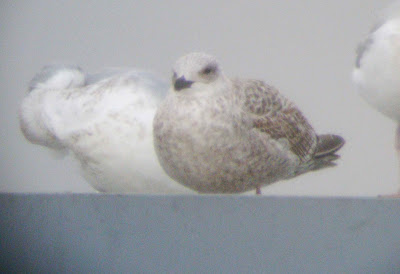 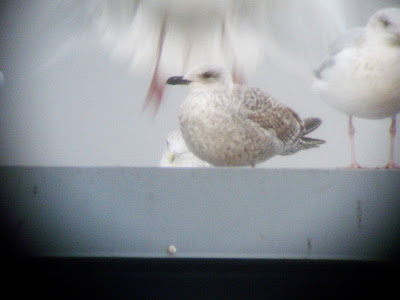