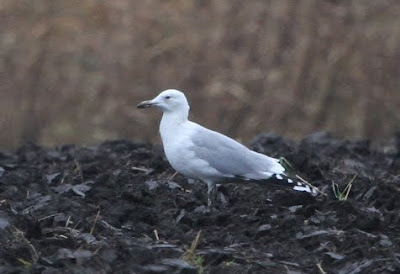 The strong southerlies and horrendous weather the last couple of days tempted me to go and check the gulls today - it's almost three weeks since I last checked them out. Most rare gull observations up here have coincided with similar weather conditions, and Øra outside Fredrikstad is usually the place to go. Øra was a disappointment, though, with most gulls on unobservable roofs or far out in the estuary. On my way back, I checked some flooded fields and was, to my big surprise, awarded with a 4cy caspian gull! Caspian gulls older than 2cy are terribly rare in Norway, so this was a treat! 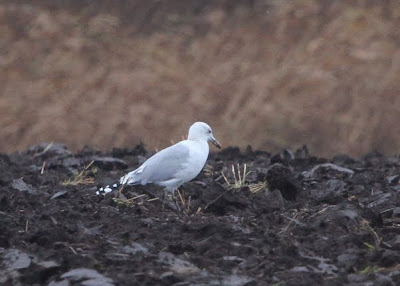 Note that the "head streaking" is confined to the lower neck and is very weak - like thin, weak, aquarelle streaks - as opposed to the heavy blotching in most herring gulls. In caspian gulls, this is also an indication that the bird is a 4cy. Fully adults usually have completely white heads. 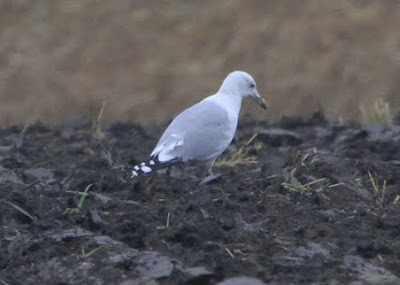 When confronted with a typical, long billed individual like this, I couldn't stop the mind from wandering to Monthy Pythons legendary "Life of Brian" and the the "Big-nose" scene... 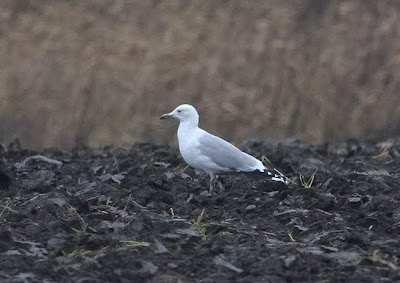 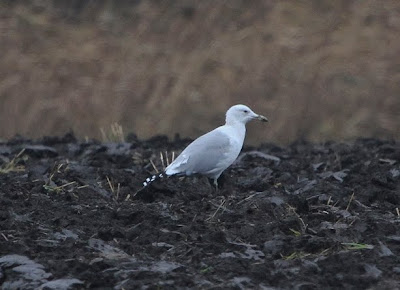 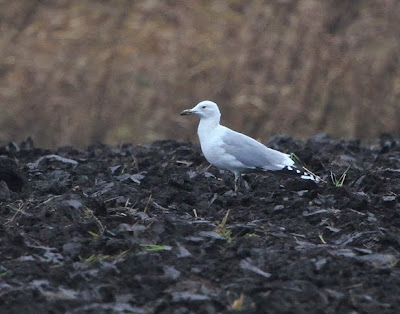 Adult, or near adult caspian gulls (or herrings/yellow legged gulls) should always walk around with a hanging wing like this individual. The hanging wing exposes the crucial P5 - normally hidden under the tertials. Here it is very obvious that P5 has a complete black band on this feather. Most herring gulls have only a black mark on the outer web on this feather, but complete black banded individuals are not very rare... 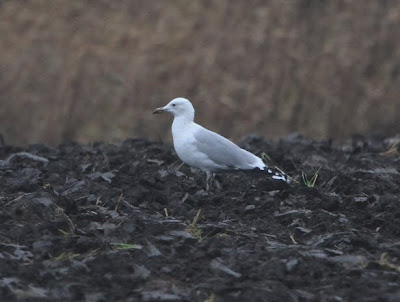 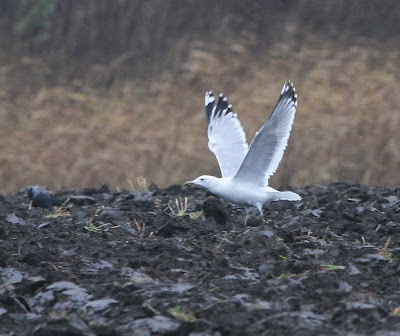 In flight, note the complete black band on P5, the white slivers on the upper hand, the long light tongues eating into the black on the underside of the outer primaries and that P10 has a subterminal band separating the white tip from the mirror - indicating that the bird is a 4cy. 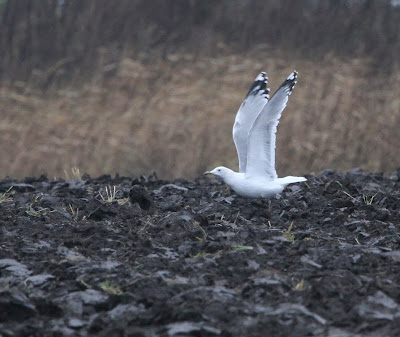 From below, the black in the hand of an adult or near adult caspian gull builds a boomerang. It has less black than a herring gull, but is distributed on (on average) more primaries.
﻿See: http://1.bp.blogspot.com/_lxPKusQvnFs/StZCtuJGh9I/AAAAAAAAAM4/5C7wg7qHhnc/s1600/vingesammenlign.jpg 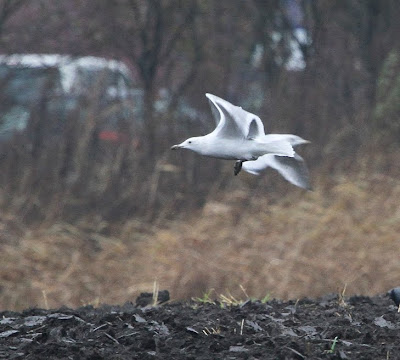 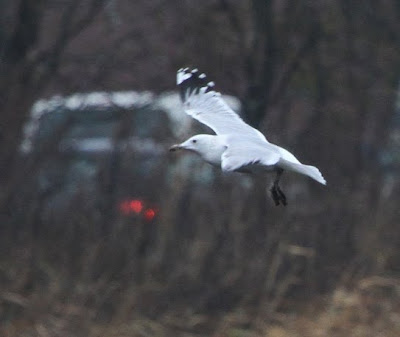