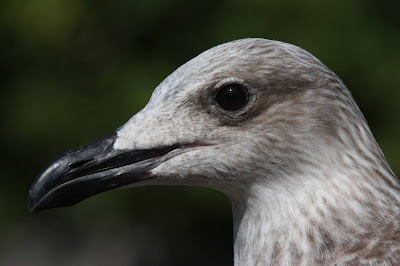 On the 12th of august, a 1cy yellow-legged gull was discovered at "brennevinsmyra", the city dump of Mandal. It was found by the gull-ringing enthusiasts Morten Helberg and Finn Jørgensen. Two days later, the bird was relocated, caught and ringed by Morten Helberg and Inge Flesjå. It was awarded with a black colour ring with white code "JOHN".

It was a rather small, short legged individual, suspected to be a female when first observed, and measurements later confirmed this. This constitutes the first ringed YLG in Norway and it feels absolutely right that the event happened in Mandal. It is a tiny city, even by norwegian standards, but is inhabited by more gull-enthusiasts than the rest of the country combined... 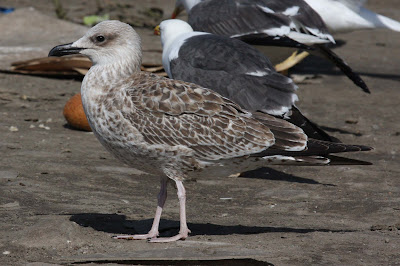 A short-legged individual, but apart from that it exhibits typical 1cy michahellis features: light head with dark eyemask, all-dark blunt tipped bill, advanced scapular moult (compared to the local herrings that is, many YLG are far more advanced than this), tertials with white markings restricted to the tips/edges of the outer 2/3 of the feathers, mostly white vent/belly, bubble-gum pink legs and a "half dark - half light" greater covert bar. Note also that the tail-tip aligns with P6. Typically it aligns with P7 on herring gulls. In this posture it doesn't show the typical squarish head shape, but the sudden bulge beetween the bill and eye is most typical. Note also the rather athletic shape with compact body and protruding breast, but this feature is much more pronounced in males. 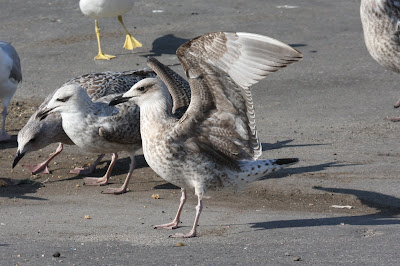 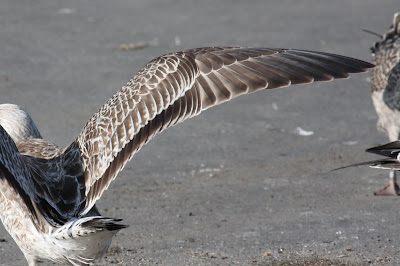 Typical YLG wing in the dark end of the spectrum. Greater covert bar becoming progressively darker towards the carpal joint and a very limited primary window with light confined to inner webs of the inner primaries. 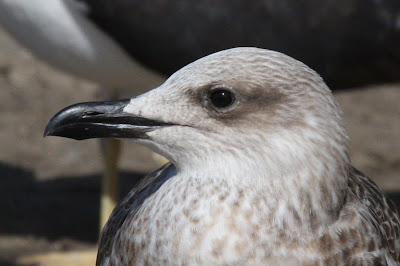 Note again the bulge in front of the eye and the blunt-tipped bill. 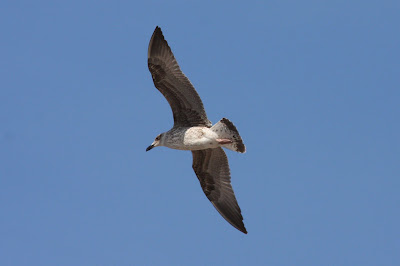 Contrasting black tail-bar because of almost all white vent and undertail coverts. 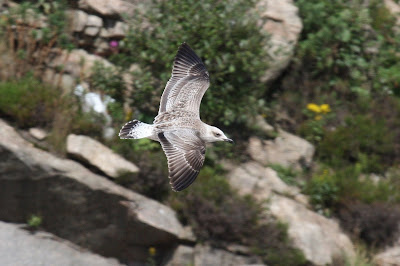 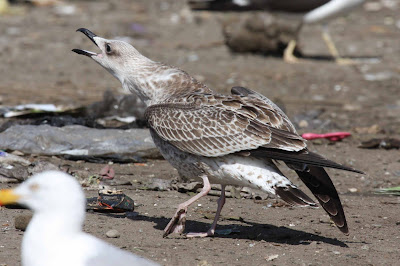 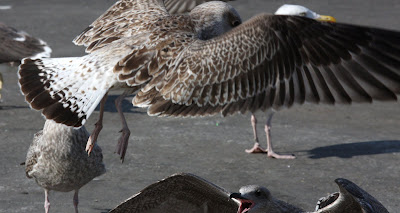 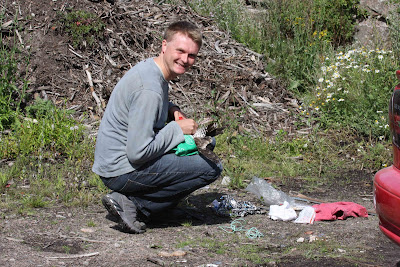 Morten Helberg in action, ringing "JOHN". Morten has done quite a lot of research on norwegian populations of lesser black-backed gulls, giving headaches to everyone who thought they knew the species and its variation. 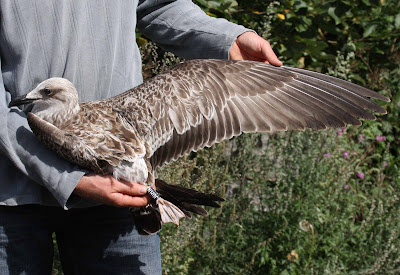 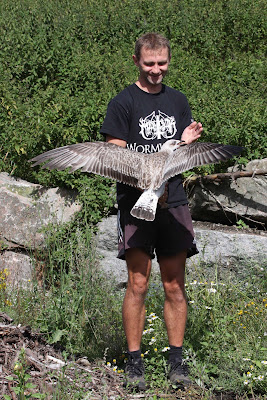 "The gull wizard" himself - Inge Flesjå, having the time of his life, being bit by a "mich". This was apparently the first time these guys had photographed one another! It took a michahellis and quite a few years..! Inge is, of course, the man behind norways first michahellis and cachinnans. Nobody is even close to his track record in Norway, finding rare gulls. Apart from that he has found numerous other rarities, and I bet very few in europe (anyone?) has found both subspecies of Turdus naumanni on western european soil? Well, Inge has...